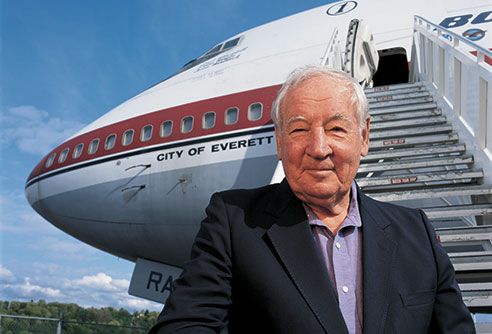 Just as the 747 is iconic, so is one of UW engineering's most accomplished and beloved alumni, Joe Sutter, “Father of the 747.” After earning his aeronautical engineering degree, Joe’s career began at Boeing as an aerodynamicist. His first assignment dealt with the prop-driven Stratocruiser’s flight controls and engines that couldn’t easily be cooled. He did so well solving these issues that he moved on to prominent roles on design teams for the 707, 727, and 737—planes that established Boeing as a world leader in commercial aviation.

Joe invented the concept of “wide body” aircraft, helping to create a transportation system now taken for granted. The 747 series of airplanes continue to carry much of the world’s cargo and passengers, and The Boeing Company continues to build upon the outstanding earliest design of the 747. As Executive Vice President of Commercial Aircraft, Joe was “chief” engineer to thousands of Boeing engineers, and his mentorship set the stage for future success.

Many prestigious honors have been awarded to Joe, including the National Medal of Technology, UW's Alumnus Summa Laude Dignatus Award, and designation as a fellow in the National Academy of Engineering, the AIAA and the RAS. In his retirement, Joe continues to actively serve as a consultant and advocate for Boeing commercial aircraft.

Many of Joe's friends and colleagues have already contributed to the fund and you can join them in honoring Joe by making a gift. Each gift will be matched, dollar for dollar, by the UW and you can further leverage your gift by taking advantage of your company's corporate gift matching program. 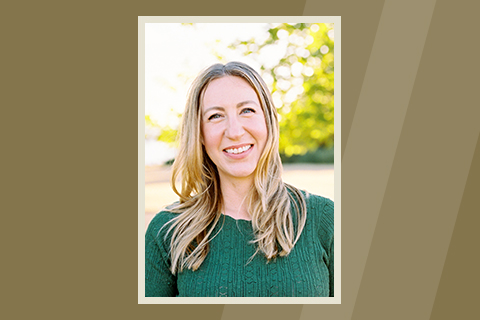 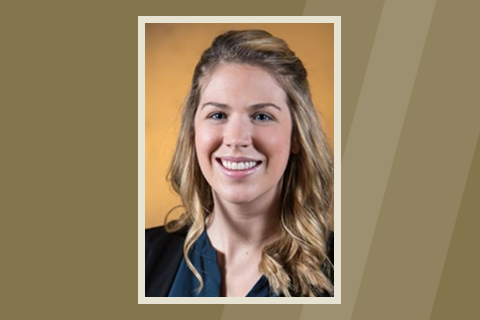 1945: Joe begins his career at Boeing as an aerodynamicist

1965: Joe is named the chief project engineer of the new 747 program 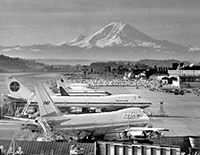 1970: The Boeing 747 makes its first commercial flight from New York to London for Pan American

1984: Joe is elected to the National Academy of Engineering

1985: Joe receives the US Medal of Technology, and is elected as an Honorary Fellow of England's Royal Aeronautical Society