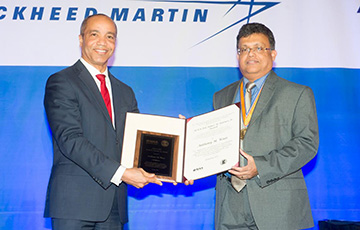 The AIAA-ASC James H. Starnes, Jr. Award recognizes continued significant contribution to and demonstrated promotion of the field of structural mechanics over an extended period of time, to acknowledge high professionalism, and to acknowledge the strong mentoring of and influence on colleagues. Professor Waas will be honored at a recognition luncheon at the January 2017 AIAA Science and Technology Forum and Exposition.