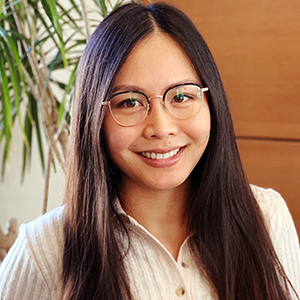 Karen Leung comes to A&A as an assistant professor from NVIDIA Research where she was a research scientist working in the Autonomous Vehicle Research Group after earning her MS and PhD from Stanford in aeronautics and astronautics. Originally from Australia, she holds bachelor’s degrees in aerospace engineering and mathematics from the University of Sydney.

What does your research include?

I focus on designing safe and trustworthy decision-making algorithms for robots that operate in safety-critical settings, whether that is in space, in the sky, or on the ground. A primary component of my research is in human-robot interactions – there's a lot of uncertainty in how humans behave so it is very challenging to design a robot that can safely interact with humans. For example, I have been studying how autonomous cars should safely interact with other road users.

My research will be a blend of theory and experiments. Since my goal is to design safe and trustworthy robots, not only do I need to design algorithms to tell robots how to act and prove that it will work well in theory, but I need to also demonstrate that it works well in practice. 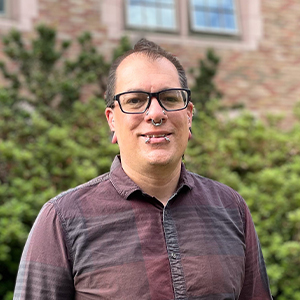 Alvar Saenz Otero, originally from Mexico City, comes to A&A as an assistant teaching professor from MIT where he earned his bachelor’s degrees in electrical engineering and computer science and also aeronautics and astronautics, a master’s in electrical engineering and computer science, and ultimately a PhD in aerospace systems. He was the lead scientist of the SPHERES program at the MIT AeroAstro Space Systems Laboratory for twenty years, starting as a TA and continuing as a postdoctoral scholar and then a principal research scientist. He comes to A&A to work in our capstone program.

How do you approach teaching?

During my two decades at MIT’s SPHERES,  I led research on space systems, control systems, estimation, and autonomy, for missions that included formation flight, docking, modular space systems, and vision-based observation and navigation. My areas of expertise on space systems and real-time embedded systems allowed me to give students a good foundation of systems engineering so they could provide meaningful research beyond my familiarity. And now I look forward to guiding students in the many disciplines of our A&A capstone projects by introducing them to the systems engineering process.

My teaching background and interests have always been in laboratory classes, specifically in the capstone classes taught the last year of the undergraduate degree at MIT AeroAstro and teaching and mentoring avionics. I absolutely value the need for theoretical classes, and all my teaching of capstone classes depends on robust understanding of the theory behind the sub-systems of a spacecraft. My academic objective has always been to teach students how to use that theory when designing and building a spacecraft and to understand the complexity of making all that theory from different areas come together into one system. 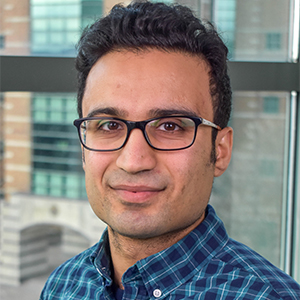 Amir Taghvaei comes to A&A as an assistant professor from the University of California, Irvine, where he was a postdoctoral scholar in Tryphon Georgoiu's lab during the COVID era working on the timely subject of epidemic modeling. He holds an MS in mathematics and a PhD in mechanical engineering from the University of Illinois at Urbana-Champaign where he worked on the intersection of machine learning and control theory. He grew up on the south coast of the Caspian Sea in Iran and earned bachelor degrees there in mechanical engineering and physics at the Sharif University of Technology.

What does your research include?

Control is about processing the sensory data and producing control actions. This feedback structure is the basic principle of control theory and implemented in almost every aerospace system. A major challenge is the uncertainties that are involved (for example, incorrect modeling, noise in measurements, etc). Dealing with uncertainty is gaining more significance as we are incorporating data-driven machine learning modules that are inherently stochastic. The main part of my research is to develop algorithms that can take these uncertainties into consideration in order to achieve an efficient and reliable control performance.