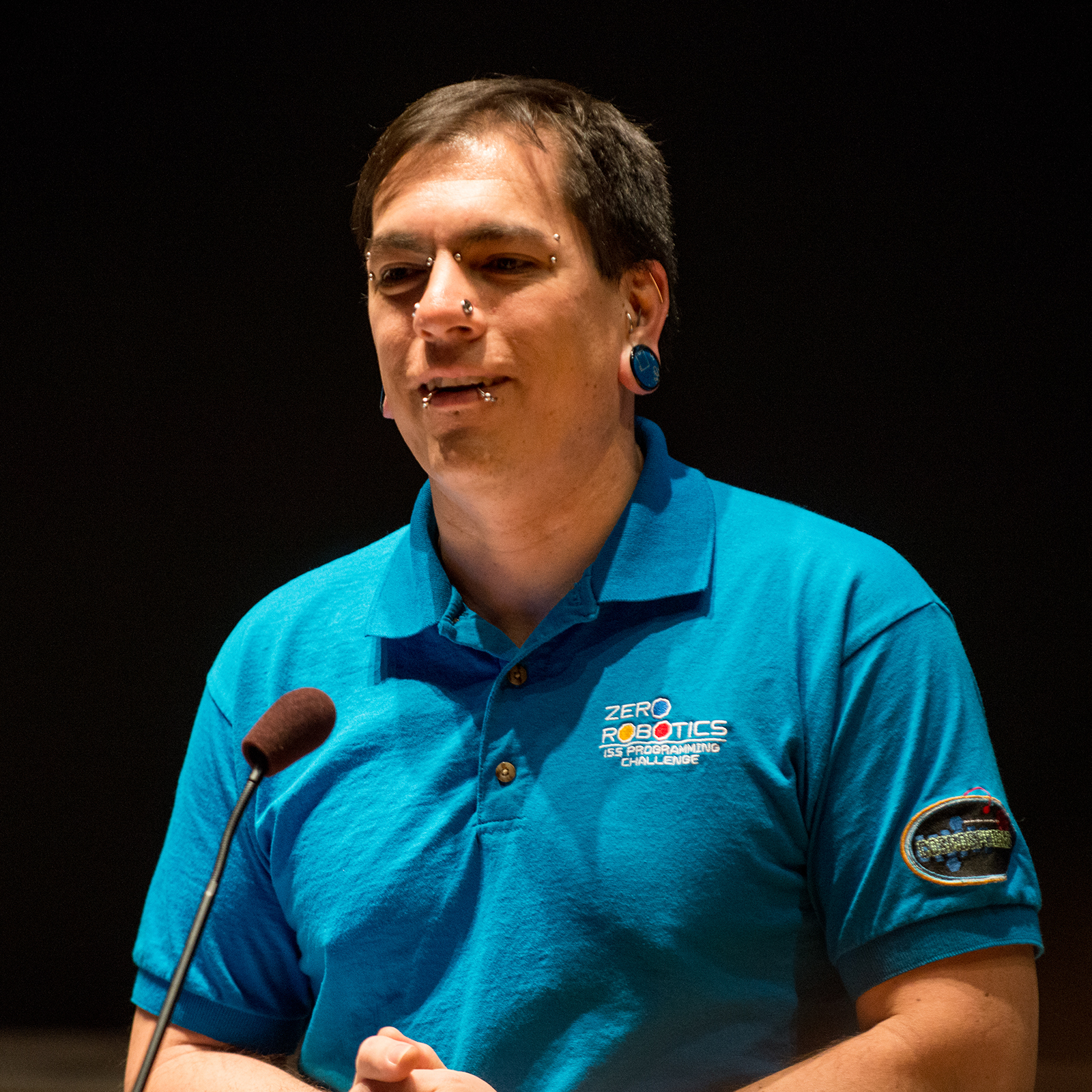 Prof. Alvar Saenz-Otero was born in Mexico City where he remained throughout High School. He completed all his professional degrees at MIT. His doctoral research concentrated on the development of space-based microgravity laboratories for operation aboard the International Space Station. He applied his knowledge in electrical engineering and computer science to the development of the SPHERES (Synchronized Position Hold Engage Re-orient Experimental Satellites) laboratory.

As a Principal Research Scientist at the MIT Space Systems Laboratory at the MIT Department of Aeronautics and Astronautics, he was the Lead Scientist of the SPHERES program from 2005-2019. His tasks included the development of research activities for tests aboard the International Space Station and in ground facilities including the MIT Space Systems Laboratory and the Marshall Space Flight Center flat floor. He managed teams of students (graduate and undergraduate) using the SPHERES facilities for research on formation flight controls; metrology algorithm development; fault-detection, identification, and recovery; autonomous docking and reconfiguration; electro-magnetic formation flight; and vision based navigation and inspection. The project contributed to several missions under planning, including  the Mars Orbit Sample Return, Stellar Imager, DARPA F6, and DARPA Phoenix. In addition to the research programs, SPHERES ran the only student competition which annually concludes in space: Zero Robotics. This outreach program allows both Middle- and High-school students to write programs for the SPHERES satellites aboard the ISS. SPHERES research and Zero Robotics will live on aboard the ISS using the NASA "upgrade" to SPHERES, the Astrobee robots. Teams both at MIT and elsewhere will continue the free-flying research and outreach innovated by SPHERES.

At UW Prof. Saenz-Otero will lead the Capstone classes at both the undergraduate and graduate levels. His main teaching areas are space systems engineering and avionics. He brings almost two decades of experience teaching similar capstone classes at MIT. The Capstone classes challenge students with completing a complex project that requires them to create sub-system teams, to have a "systems" team, deal with interfaces between sub-systems, and ultimately demonstrate the operation of the complex space system. The projects he mentored at MIT include: SPHERES, a hybrid rover system with wheels and legs, modular spacecraft assembly prototypes, separated optical telescopes, and electromagnetic formation flight satellites.

Prof. Saenz Otero also likes to be active in the community. At MIT he was President of the Association of Student Activities and Treasurer of the Graduate Student Council. He was governor of the MIT Tech Model Railroad Club for multiple years, member of the Lecture Series Committee Executive Board, an officer of the MIT Nautical Association, and of the MIT Snowriders group. At UW Dr. Saenz Otero looks forward to collaborating with the Latinx and LBGTQ+ communities, and finding fun times skiing, sailing, and with other activities.

Prof. Saenz Otero is a proudly out gay man and a dual citizen of the United States of America and Mexico.

Industry, government, and academia are embracing nano-satellites, with CubeSat's being a key piece of the puzzle. The history of CubeSat's is similar to that of SPHERES, in that they are approximately 20 years old and had as an objective easier use of space. While the CubeSat standard has helped create many missions, the academic environment still encounters many challenges when trying to use them for research: either buying a CubeSat satellite bus is still prohibitively expensive for academia, or the effort to design the bus internally distracts from the actual research being conducted. In some cases the lack of expertise in some sub-systems has resulted in mission failure, even if the research elements were exceptional.

It is possible to be more efficient in conducting nano-satellite missions that have a research component to them. I specifically borrow from my SPHERES experience: SPHERES was a satellite bus, without a specific payload, that allowed testing of algorithms. The completeness, robustness, and risk-tolerant qualities of that bus allowed it to conduct research in many areas. My next goal is to be part of a team that creates a research Satellite Facility with internal expertise to have a complete and robust satellite bus in house, in such a way that the bus can be used for many areas of research for projects that truly concentrate solely on the payload. The process of integrating and testing the satellite bus could be the subject of undergraduate or graduate classes - where experts in the Satellite Facility do in fact have solutions to the bus itself. The development of the payload is to be the subject of the graduate research. The success of SPHERES can be attributed in large part to the fact that the graduate students using it for research did not have to develop a free-flyer every time, but instead they could use an existing system. I believe this concept can be applied to nano-satellite missions too.

Over 50 years ago, space technology pushed the limits of electrical engineering and computer science: building one of the first real-time computers as a flight controller for the Apollo missions, the advancement of 'image compression' to help space missions, etc. However, today, EE and CS are pushed by society and not by the field of aerospace. Aerospace now constantly uses antiquated EE parts and old versions of CS software. Our field needs to modernize its approach to EE and CS. Rather than think we need special components that are for aerospace only, use the technologies advanced by society as tools for our advantage.

Aerospace engineering requires avionics that respond to unique conditions that are not present in the electronics of daily life: remote operation, limited communications, radiation environment, and, importantly, they are real-time and mission-critical systems. In the majority of cases a ground-based system failing does not mean life is threatened or the mission will end; current software engineering practices actually encourage to deploy and then constantly 'upgrade'. This cannot be the blanket case for space avionics: when an aerospace sub-system fails the mission ends. New research that validates the ability to use modern electronics and software is needed to bridge the gap between the unique requirements of avionics and the fast moving pace of EE and CS in society.

I am interested in pursuing the following project areas for avionics: