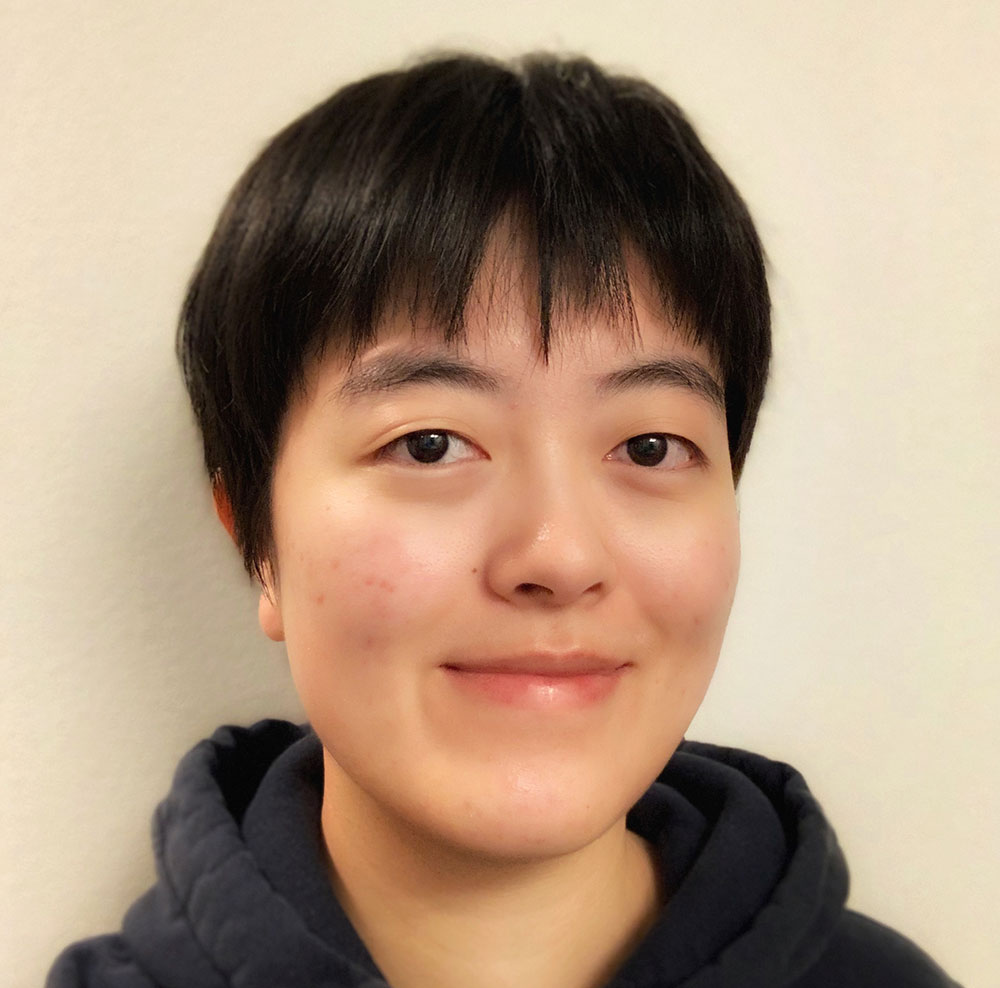 Gloria Yin won second place in the undergraduate category at the AIAA Region VI student conference for her research validating the potential for origami-based structures to isolate mechanical waves. Yin, a researcher in A&A’s Laboratory for Engineered Materials and Structures, worked with a dimer chain, a repeated sequence of two cells,  of Triangulated Cylindrical Origami (TCO) to show that this structure can be adjusted to isolate large frequencies of waves. 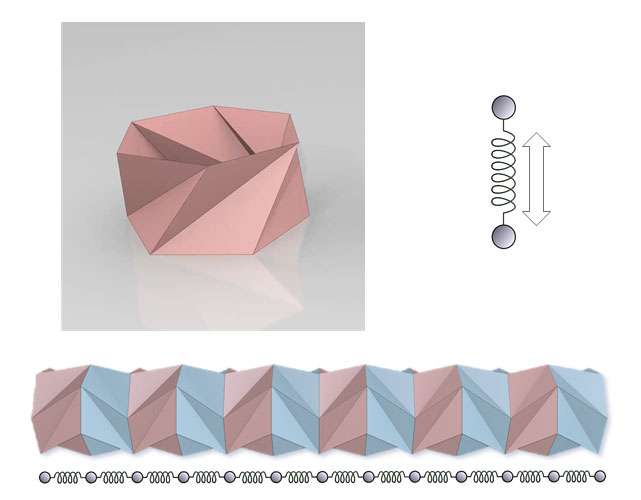 Twisting a Triangulated Cylindrical Origami (TCO) dimer chain alters the range of frequencies of mechanical waves it will isolate.

Yin notes that, in many applications, isolating all frequencies is not the goal. For example, in noise cancelling or dampening applications, you may want to drastically reduce noise, but you don’t want to stop all sound. Adjustments in the configuration by twisting the origami structure can adjust the range of frequencies of isolated waves.

The wave dispersion relation showing the frequency of waves in the bandgap that are isolated from passing through the TCO chain.

Related research from the Laboratory of Engineered Materials and Structures

Professor Yang and A&A doctoral student Yasuhiro Miyazawa led research on the potential to use origami-like structures to soften impact forces with applications from reusable spacecraft landing gear to safer cars and more. Yang and Miyazawa built a similar chain of TCO cells that when they delivered an impact force,  the chain showed the counterintuitive wave motion. The compressive pushing force delivered to one side of the chain never made it to the other end of the chain. Miyazawa also led a team to a second place win in the team category in the 2020 AIAA student conference for research on applying machine learning to determine the size of perforations in these origami cells depending on intended application.

Tim Gormley won first in the masters category at AIAA in 2019 for his topological waveguides research to advance absorbing or redirecting vibrations, and Chun-Wei (Ethan) Chen advanced this research to prove this possibility. This research has the potential to mitigate turbulence, promote passenger comfort, control seismic waves, generate energy and more. 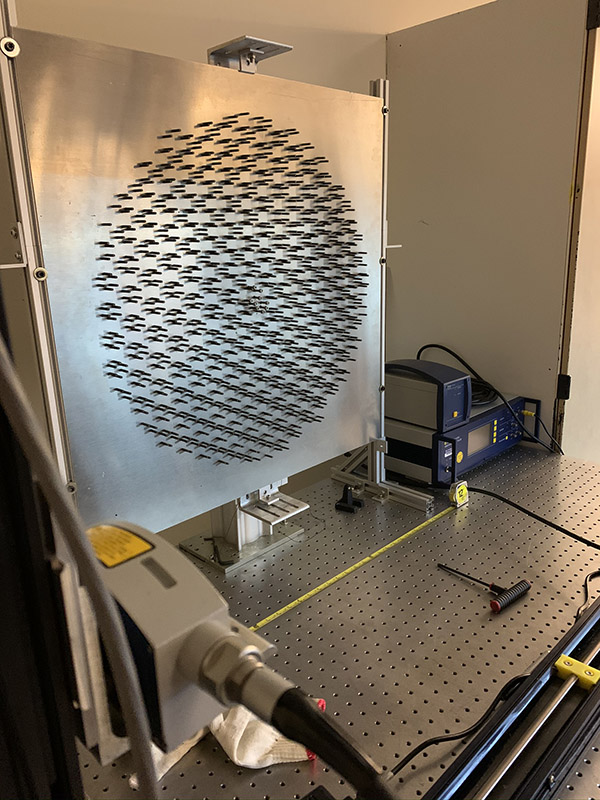 A&A researchers created a precise pattern of bolts to direct or contain the paths of mechanical waves into a confined area of the metal plate.