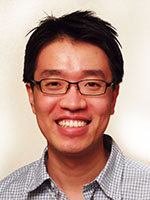 Jinkyu Yang and Eli Livne are both being recognized by the American Institute for Aeronautics and Astronautics (AIAA), the leading aerospace community. Yang has been elected to Associate Fellow, a designation reserved for those who have done original work of outstanding merit. His research is directed toward designing and developing advanced materials and structures, such as his work on origami landing structures. He is one of leading researchers in the field of mechanical metamaterials, a new type of advanced materials designed to offer an enhanced degree of freedom in controlling their dynamic responses under harsh environments, such as impact and vibrations. 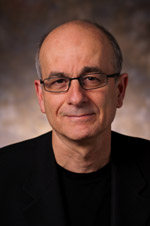 Livne is being awarded the AIAA Ashley Award for Aeroelasticity for 2021. His award is for “carrying out foundational works for aeroservoelastic optimization; leadership in maturing active flutter suppression to practice, and for major contributions to dissemination of aeroelastic knowledge.” Aeroelasticity refers to the interactions of flight mechanics, structure, aerodynamics and active control of flexible aircraft. This award, presented every four years, commemorates the accomplishments of Stanford professor Holt Ashley, a pioneer in aeroelasticity whose research changed the design of many aerodynamic structures including aircraft wings and wind turbines.

Marco Salviato is receiving the 2020 DEStech Young Composites Researcher Award from the American Society of Composites for his significant impact on the science and technology of composite materials through a sustained research effort. Salviato’s research focuses on the understanding of the mechanical behavior of materials and structures at multiple scales through advanced computational and analytical tools to advance the designs of lighter aerospace structures with higher structural stability and capabilities such as damage sensing.