Rob Grover before the Mars InSight landing with a traditional jar of peanuts passed around JPL's control room for luck before landings.

The landing of the NASA’s InSight probe on Mars on November 26, 2018, was a major accomplishment that will provide key data on the geophysics of the red planet. While viewers on Earth could not see the final moments of InSight’s journey to Mars, we were treated to a riveting experience: Scientists at NASA’s Jet Propulsion Lab (JPL) at CalTech watched their screens intently while listening to the countdown, then celebrated with elaborate handshakes as the InSight landing was confirmed.

A&A alumnus and current doctoral student Rob Grover led this part of InSight’s mission as the NASA JPL Head of Entry, Descent & Landing. Grover notes that “The process of entry, descent, and landing is known as seven minutes of terror because it’s a very challenging and exciting event with probably the highest risk of the whole mission.”

He described experiencing those last moments, which he had been working on for six years: “The entire seven minutes has to happen autonomously. You can’t manage it remotely because of the time it would take for a signal to get there.”

He continued, “When landing day comes, we know we’ve done everything, so that lends confidence. So we’re prepared, but it’s much more intense when it’s happening. The landing happens so quickly, it’s almost surreal, and you don’t have time to get nervous about it. It takes hours and days afterwards for your brain to take it all in and understand that it really did happen and was successful.” 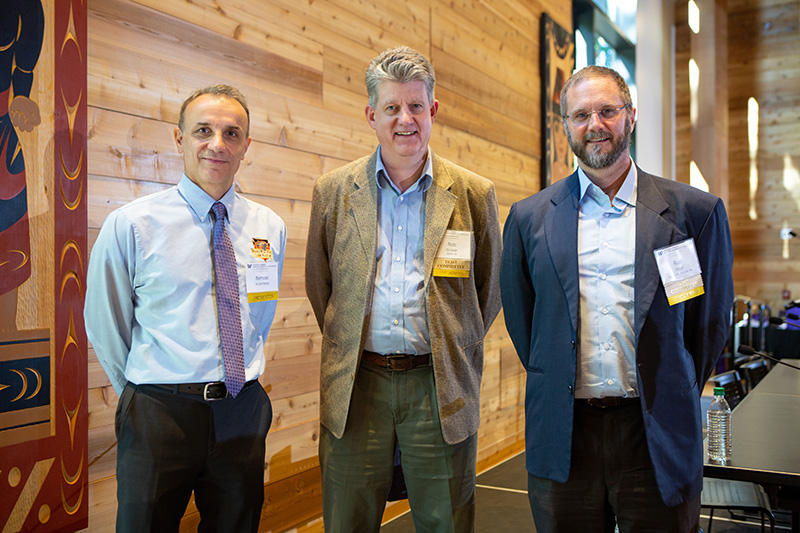 Grover, who has also worked on three previous Mars landings, noted some of the ways A&A prepared him for his career. “I had a strong interest in Mars exploration even before I came to the department for my masters, so I was happy to find Professor Adam Bruckner, and I got a great introduction in his space system design class.”

He was sure to note that Bruckner’s class was quite intense requiring long hours and was an excellent preparation for his career ahead. [Bruckner has been getting a bit of attention lately for his rigorous courses and labs and their results.] Grover was also the graduate student lead for another Mars study led by Bruckner. Grover notes that this group, self-named the “Mars Nuts,” is still really close.

In addition to his Mars-specific work, he pursued controls at A&A. He remarked, “I used all of the controls experience, education, and training I got in the department immediately after I left to work at Lockheed Martin in their space systems as a controls engineer. I was really amazed that all of the A&A preparation just transferred perfectly to using the same tools and processes in the field – everything was the same.”

Grover is currently working toward his A&A doctorate, which he noted was a little tough to pursue as the Mars InSight work was ramping up. For his dissertation, he is advancing EDL design margins, building on much of his InSight mission work. His research will complement JPL’s InSight EDL reconstruction, taking all of the data of the landing to understand better exactly what happened.

He sees a lot in the A&A department these days to be excited about. He noted that as a former science educator, he is a big fan of hands-on education, which he is seeing with Carl Knowlen’s work with SARP, UW’s rocketry organization, and with A&A’s work with drones and controls. Of the new A&A CubeSat club, he said, “That is really excellent – there’s no substitute for actually doing a CubeSat and learning about it hands-on.”