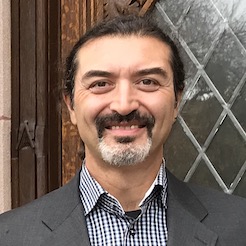 Ferrante is an Associate Professor of the William E. Boeing Department of Aeronautics & Astronautics at the University of Washington that he joined as Assistant Professor in 2009.

Ferrante is recipient of the NSF CAREER Award (2011) for studying droplet-laden turbulence.

Ferrante's computer visualizations of coherent structures in a turbulent boundary layer received the Best Video Award of the Gallery of Fluid Motion (2003) from the American Physical Society, Division of Fluid Dynamics.

In 2019, he gave the keynote talk at ILASS 2019 entitled "Physical Mechanisms of Droplet/Turbulence Interaction" and a public talk at NASA Ames entitled "A Fast Pressure-Correction Method for Incompressible Flows Over Curved Walls."

The results of his research have been presented in over one-hundred international conferences, contractor meetings, and invited talks in U.S., Europe and Asia. His scientific papers are published in premiere refereed journals such as Journal of Fluid Mechanics, Physics of Fluids, and Journal of Computational Physics.

Ferrante's research and teaching interests are in the area of Computational Fluid Mechanics (CFM). His research is mainly focused on studying single-phase, multi-phase, and multi-species turbulent flows relevant to engineering applications, e.g., internal and external aerodynamics, propulsion, and to natural phenomena with the goal of helping the environment by reducing anthropogenic CO2 emissions. His research group develops numerical methods and algorithms for high-performance computing (HPC) to perform state-of-the-art Direct Numerical Simulations (DNS) and Large Eddy Simulations (LES) of turbulent flows.

A&A researchers in the Computational Fluid Mechanics Lab prove the existence of a new law of physics.

A&A's Ferrante and Yang are recognized for their influence on the professional development of their students.

The Journal of Fluid Mechanics selects one paper published in their journal for special review by an expert.

How droplets and turbulence interact

Dodd and Ferrante are unraveling the physical mechanisms of droplet-turbulence interaction.