FEM produces models of structural behavior with software, which was a big step in leap-frogging the inefficiencies in manufacturing and testing a working model. 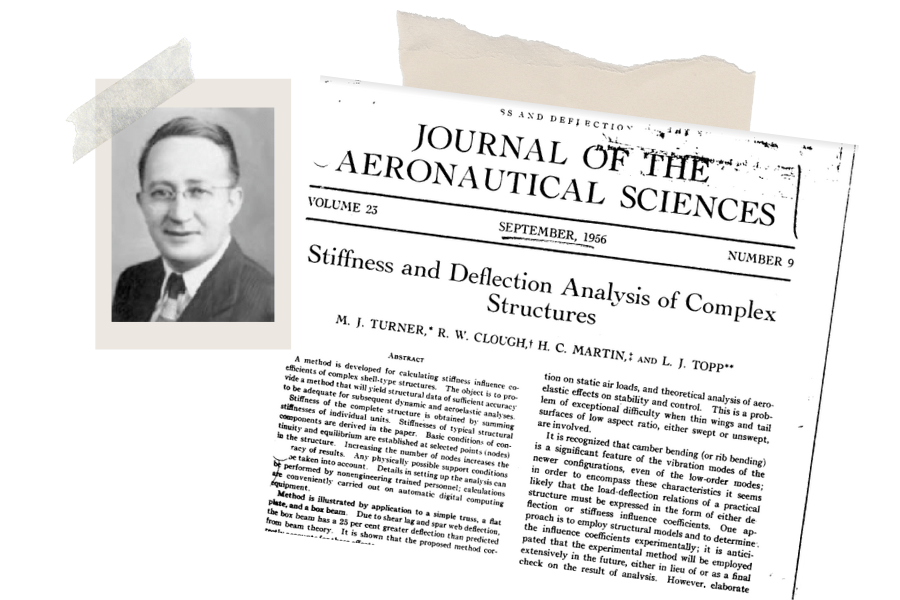 Martin co-wrote, "Stiffness and Deflection Analysis of Complex Structures" in 1956. The analysis provided much of the fundamentals that FEM-based software utilizes today.

What is the Finite Element Method? 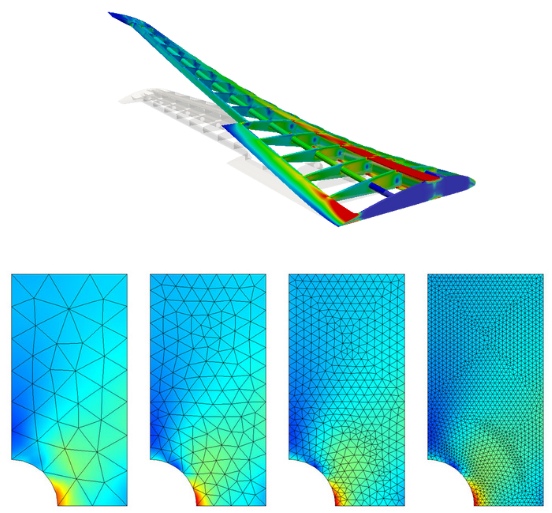 Top: Finite Element Analysis (FEA) on an aircraft wing. Bottom: The process of creating finite elements, or nodes, over a surface.

FEM breaks complex geometries into a large number of “finite elements,” which are much simpler and easily solvable for loads and stresses than the geometry as a whole. Each element is summed up to compile a high accuracy approximation of material behavior.

The mathematical equations behind FEM are applied to create a simulation, or what's known as a Finite Element Analysis (FEA).

FEM allows engineers to solve structural behavior without having to manufacture and test a working model, cutting costs and time allowing for fast interaction.

FEM has a wide range of applications in structural and fluid behavior, thermal transport, wave propagation, and the growth of biological cells. This powerful tool revolutionized engineering design and manufacturing.

Finite Element Analysis can be performed on any surface under load. This includes machined parts such as a turbine blade (left) or even organic structures (right).