The goal of the PHD experiment is to confine a very hot (100 million degrees Celsius) and dense plasma long enough ( ~ 1 millisecond) for significant nuclear fusion to occur. The plasma that is formed in this experiment is confined by a magnetic field created by currents flowing within the plasma. There is no linkage of the configuration's magnetic flux with regions external to the configuration.  This closed magnetic field isolates the plasma from the boundary and forms a plasmoid known as a Field Reversed Configuration (FRC). Once formed, the FRC plasmoid is accelerated to high velocity (250 km/sec) by a series of magnetic coils pulsed sequentially. To date, the FRC plasmoid has been formed and accelerated. The next step requires that a drift region be constructed where the high velocity FRC can be trapped and the kinetic energy of motion can be converted into the thermal energy and increased density of the plasma. The trapped FRC will be supported by an axial magnetic field formed by set of 19 coils connected in series and parallel to form the appropriate confining field shape. A set of magnetic field loops will be placed inside these coils to determine the shape, volume, energy, and lifetime of the FRC plasmoid.

A field reversed configuration (FRC) refers to a magnetic configuration that is a compact toroid (i.e. simply connected). A standard conception of a FRC is shown in the figure below. Normally, a cylindrical coordinate system is used (r, θ, z). The magnetic fields in the r and z directions dominate. The closest simple fluid analogy is that of a smoke ring. The paths the smoke particles follow are that of the field lines. A FRC then is multiple smoke rings superimposed and stacked up together along the rotational axis. Usually, an FRC is assumed to be rotationally symmetric about the z axis, reflection symmetric about the mid-plane.

Figure 1: Cross-section of a relaxed FRC. The primary defining features are dominance of Bz and Br magnetic fields over Bθ and translatability afforded by no equipment linking the hole of the torus to solid structures. The radius of the separatrix (rs) defines the last closed magnetic field line of the plasmoid. The magnetic null (R) is typically at a radius of rss/2½. In experiments, most FRCs are prolate. Many analyses assume elongation ε>>1 so that the magnetic field curvature at the mid-plane is negligible 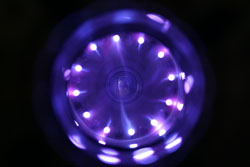 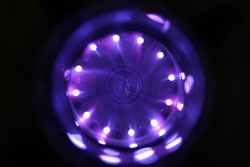 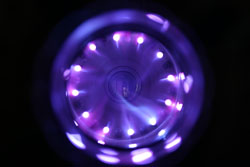 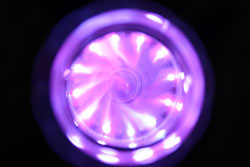 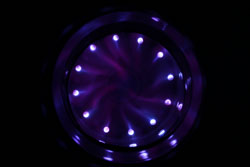 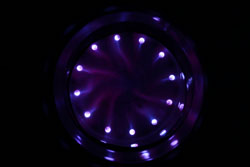 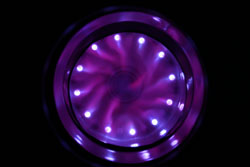 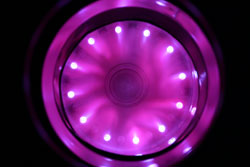 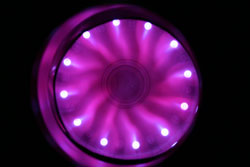 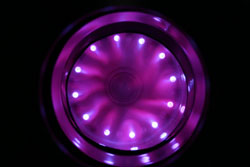