Setting and controlling the frost point:

The first figure below shows how the frost point can be controlled by varying the the wet/dry flow rates, while keeping the pressure constant. The top plot is the frost point where each step has a remarkable constancy. This small settling time of humidity in the chamber is a result of using electro-polished tubing. The second and third plots are the dry and wet flow rates, respectively. Notice that a change in one flow rate corresponds to an equal and opposite change in the other which maintains the pressure at a constant level, as seen in the fourth plot. 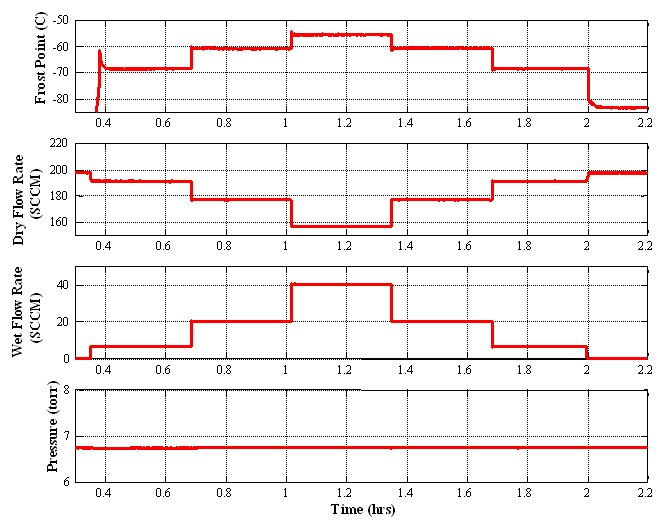 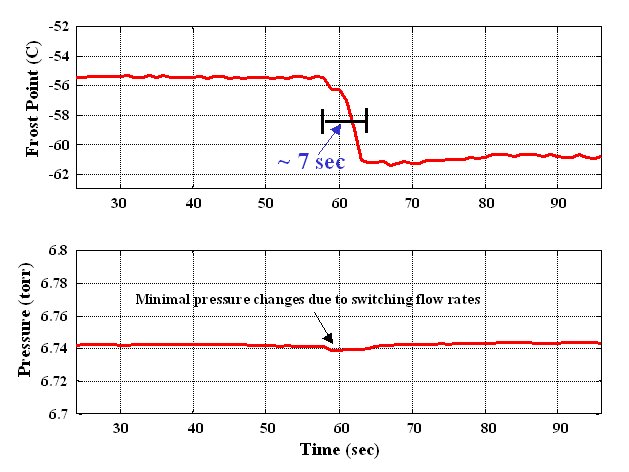 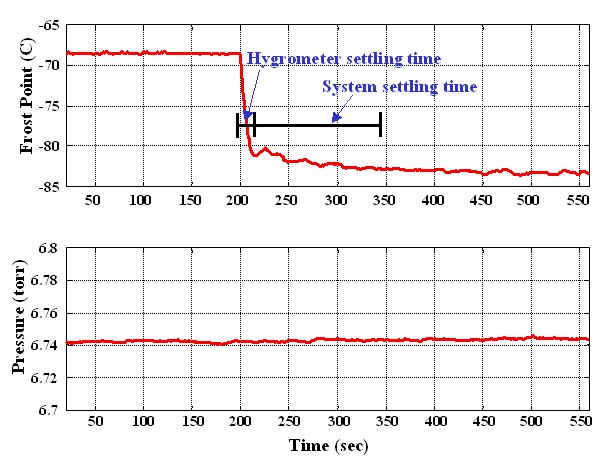 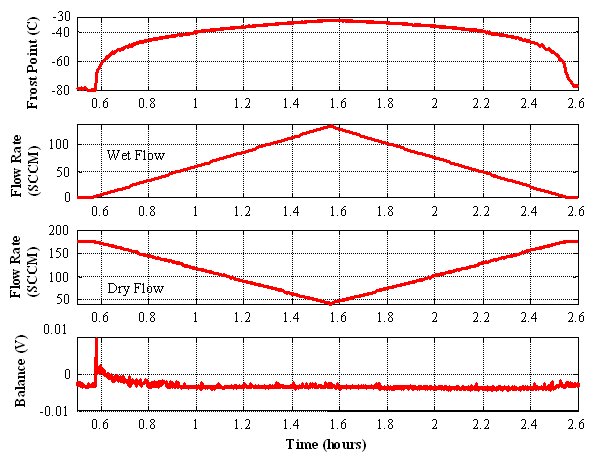