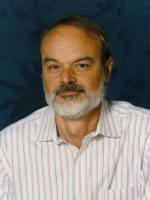 Professor Mattick completed his Bachelor's and Master's degrees in physics at MIT in 1971. He continued on at MIT, earning his PhD in 1975 in laser physics, and joined the University of Washington that year as a Postdoctoral Research Associate in the Department of Aeronautics and Astronautics. Professor Mattick has focused his work primarily on sponsored research carried out in the Aerospace and Energetics Research Program. His research has spanned a wide variety of areas, including high-power lasers, molecular energy transfer, radiative transport, and reacting flows, with emphasis on developing new technologies for energy utilization both terrestrially and in space. Research support has come from NASA, the Department of Defense and the Department of Energy. In addition to his work at the University, Professor Mattick has served as a technical committee member of the AIAA. Although his appointment is primarily in research, Professor Mattick also teaches undergraduate and graduate courses in engineering science and mathematics, gas physics and lasers.

Professor Mattick's current research programs include the development of a new, gasdynamic method for efficient chemical processing and a laser-based diagnostic for measuring fields in plasmas. The chemical processing concept, dubbed the "shock-wave reactor", aims to improve yields of valuable products (olefins) in the pyrolysis of hydrocarbons, and to lower energy consumption by using gasdynamics to precisely control the pyrolysis temperature history. The approach, recently patented, uses supersonic mixing technology developed for high-power chemical lasers. The plasma diagnostic involves sensing the rotation of polarization of light in a small, free-flying probe which is sent through plasmas at several km/sec. This diagnostic will allow measurement of local magnetic fields across the entire diameter of fusion research plasmas, to obtain information which has not been accessible with any other method to date.