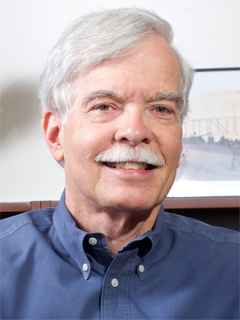 Professor Bruckner graduated from McGill University in Montreal, Canada in 1966 with a B. Engr. in Honours Mechanical Engineering, and was a recipient of the British Association Medal.  He received his PhD in Mechanical and Aerospace Engineering in 1972 from Princeton University and joined the University of Washington as a Research Associate in the Aerospace and Energetics Research Program the same year.  He was department Chair from 1998 until 2010, and is one of the founding members of the University’s Astrobiology Program.

His research has encompassed hypervelocity accelerators, planetary in situ resource utilization, space propulsion, space power systems, energy conversion, and laser applications in biology and medicine.  He has published more than 180 papers and reports on these and other topics.  He is a co-inventor of the ram accelerator, a chemically propelled ramjet-in-tube hypervelocity projectile launcher, and is also co-inventor of the liquid droplet heat exchanger, a promising approach to thermal management in space power systems which has found near-term application in the development of chemical oxygen-iodine lasers for missile defense.  In addition, Professor Bruckner has worked on the development of enabling technologies and architectures for manned and unmanned Mars missions based on in situ resource utilization. He has five U.S. patents in the areas of ram accelerators, launch vehicles, and heat exchangers.