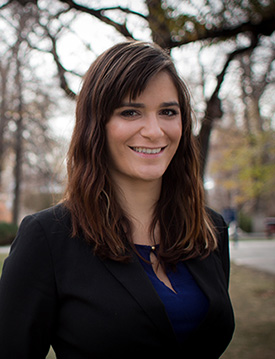 Sierra received her BS in Mechanical Engineering from the University of Nevada in 2016. As part of her undergraduate research, Sierra worked on such projects as a Fixed-Wing VTOL Unmanned Aerial Vehicle; an Autonomous UAV Landing in Windy Conditions with MAP-Elites; and a Collapsible Wing for an Aerially Deployed Autonomous System. She received a NASA Space Grant Research Scholarship and NASA Space Grant Consortium Scholarship. Sierra also served as the Tau Beta Pi Engineering Honor Society NV-A Chapter President and the AIAA UNR Chapter President.

Sierra loves to explore, and in her free time you can usually find her either in the mountains or on a plane, in search of adventure. Her ultimate goal is a career in research, where her passion for exploration can flourish through innovation.