A&A Professor Robert Breidenthal is a contributor to a new study on wildfire behavior that highlights the obstacles for fire science and provides guidance for investing in future research, which must include building diverse partnerships and collaboration across disciplines. 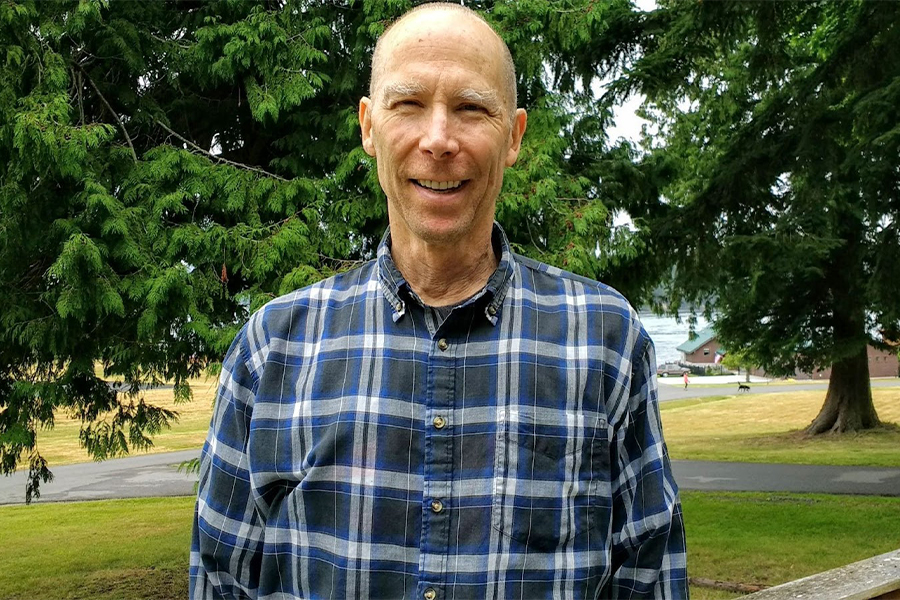 How does aerospace engineering fit into this study?

It’s about turbulence. Naturally, aerospace departments research turbulence, since it is a critical phenomenon for flying machines. Turbulence is all around us, including in wildfires. The fundamentals are the same.

Have you applied your research to fire or environmental analysis previously?

Yes. A number of visiting summer students joined our research group to investigate a model for a compact wildfire in a wind. We were looking at the behavior of a transverse plume using a chemical reaction in our big water tunnel. I had earlier done some work with UW geophysics Professor Marcia Baker on entrainment and mixing in turbulent clouds. Clouds are the largest uncertainty in our climate.

What is entrainment and mixing in clouds?

At the edge of a cloud, cloudy air is adjacent to clear, sometimes drier air. Turbulence inside the cloud draws clear air into the cloud. When the clear air mixes with the cloudy air, water droplets may evaporate. This process competes with the growth of droplets as the cloud rises, thereby controlling the evolution of the droplets: they might evaporate away completely, or grow and eventually precipitate as rain or snow.

How did you become involved in this research? 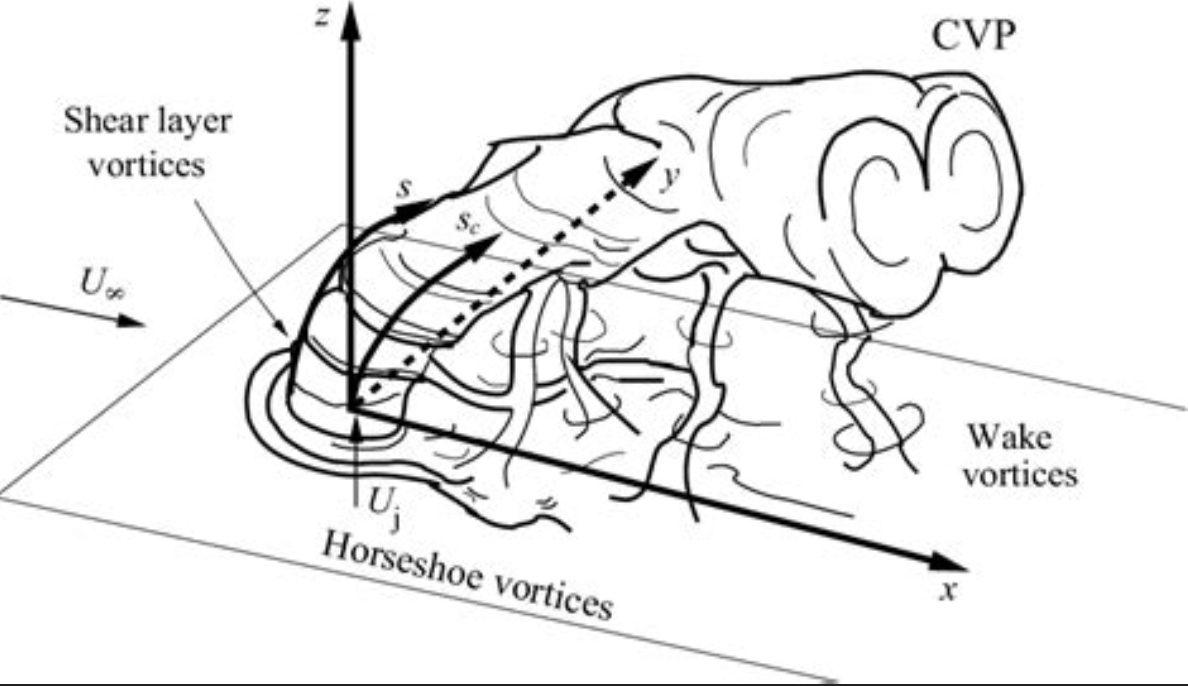 Illustration of a transverse jet from Fric & Roshko. The fundamental structure consists of a pair of counter-rotating vortices and vertical wake vortices. The transverse plume would look more-or-less the same, except the flow is generated by a buoyancy source rather than a momentum source from a jet nozzle.

What was this research on a transverse jet trying to solve?

The transverse jet is a fundamental flow element in many engineering devices, such as high-performance mixers in chemical lasers and combustors. We were studying the basic behavior of the flow. At the time, Gene was working with TRW Inc. on the world's largest continuous-wave chemical laser.

What is particularly significant or surprising about the findings in this paper?

Two major things stand out. First, there is a critical wind speed that corresponds to the most rapid mixing. Second, tornado-like vortices form in the wake of a fire plume, which may affect the ability of a firebreak to stop a wildfire.

The mixing in a fire is most intense at a particular wind speed that depends in a certain way on the integrated buoyancy flux of the plume. Hot, buoyant gas from the fire that may include unburned hydrocarbons and cool, oxygen-rich air. If the combustion is mixing-limited, then this wind speed would correspond to the most intense fire.

First discovered by Fric and Roshko in the transverse jet, the tornado-like wake vortices presumably play a role in the downstream transport of burning embers in wildfires. Their propagation can defeat firebreaks built by firefighters. 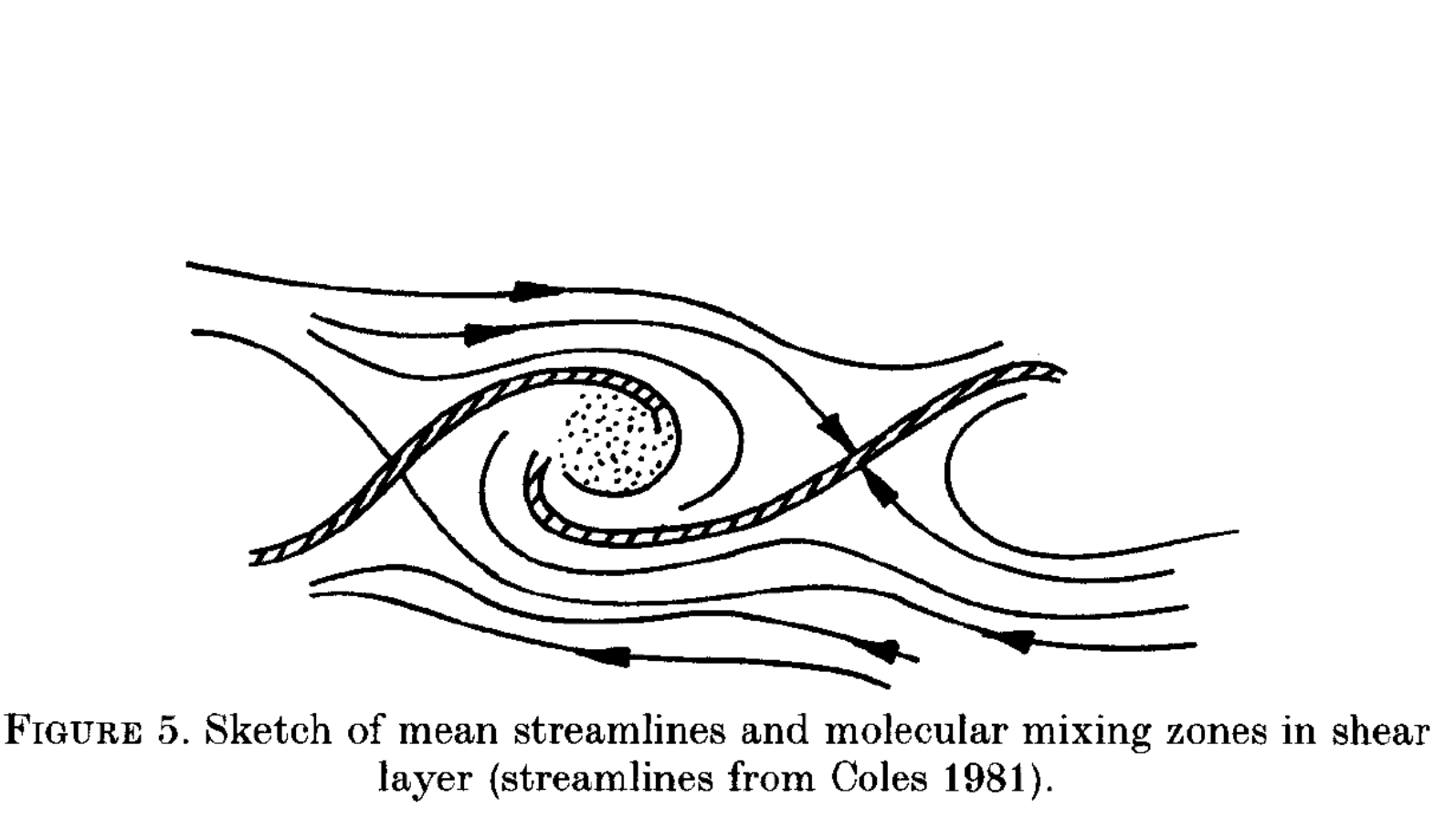 Sketch of mean streamlines and molecular mixing zones in shear layer from Broadwell and Breidenthal.

What is the biggest impact you expect to come out of this paper?

We want to focus attention on and attract research funding to the scientific questions about wildfires. For a century, we humans have artificially suppressed natural wildfires. So now we are confronted with the consequences of all that excess fuel. Another factor is a changing climate. Firefighters have a tough and dangerous job. We hope this research will be a step to improving techniques for greater firefighting effectiveness and to keep firefighters safer.

To access this research directly, please see, “Reimagine Fire Science for the Anthropocene” in Proceedings of the National Academy of Sciences (PNAS) Nexus