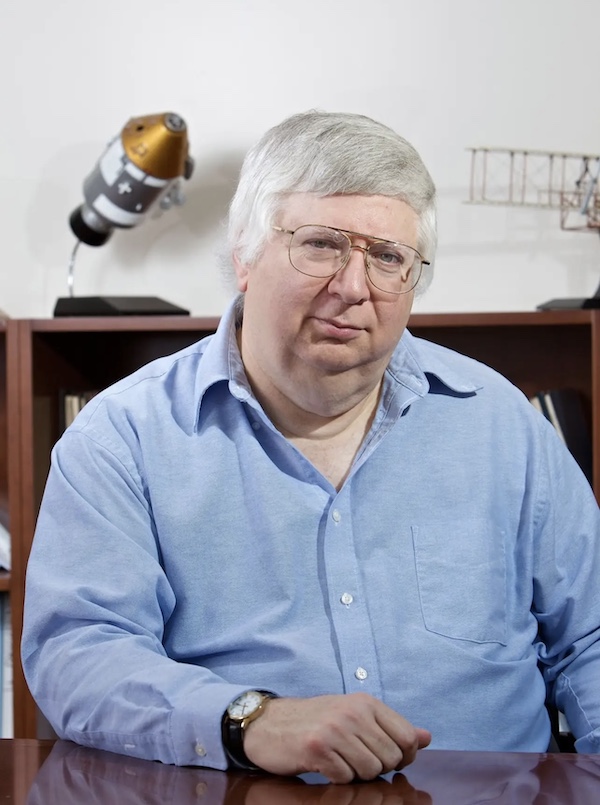 A&A remembers retired Research Scientist George Marklin, who passed away August 2nd. He was an integral member of our plasma science group from 2005 until his retirement in 2015.

Marklin graduated from the Stevens Institute of Technology with a degree in physics in 1977. He went on to earn his doctorate in plasma physics from the University of Maryland College Park in 1983.

Marklin started in the workforce at Los Alamos National Laboratories in New Mexico. His investigations included the physics of spheromaks using 2-D MHD equilibrium & stability codes that he developed. In 1991, he moved to the Air Force Research Laboratory in Albuquerque, NM.

For AFRL, he excelled in equilibrium & stability computation for the MARAUDER compact toroid acceleration experiment using codes that he himself developed. He wrote magnetic and thermal diffusion codes. He also worked on the codes MACH2 & MACH3 where he added an ionization kinetics package to MACH2 and modified the magnetic field equation to conserve magnetic flux.

In 2005, Marklin came to the A&A Department as a principal research scientist and group leader in the Plasma Science and Innovation (PSI) Center, a multi-institutional research group led by the UW. His work focused on developing novel numerical methods and tools to model plasmas in realistic 3D geometry, including as the creator of the PSI-Tet code. As a group leader, he mentored several undergraduate and graduate students and taught graduate-level courses on computational methods and plasma physics.

The image from the cover of Physical Review Letters shows the calculated magnetic field lines for a (torus-shaped) spheromak configuration using a new inductive helicity injection method. Left-to-right, the figures depict the field lines with increasing spheromak current, from zero current (left) to the optimal value (right) that were computed by Marklin using his PSI-Tet code.

In 2006, his work landed on the cover of the September edition of the journal Physical Review Letters as part of a paper by the HIT-SI group. This is one of the most prestigious journals in physics and a cover is an additional, and extremely rare, honor highlighting the contributions of his work.

Upon Retirement, Marklin loved expanding his knowledge via reading & videos while also attending conferences. Over the course of his lifetime, he had over 29 publications and had developed dozens of codes to solve a wide variety of fusion-related MHD problems.

The family requests that donations can be made to the University of Washington's Aeronautics & Astronautics Department in loving memory of Dr. George J. Marklin.