A&A Professor Uri Shumlak in the Computational Plasma Dynamics Lab is pushing the frontier of what is possible to model with limited computing power by assembling a hierarchy of models and using the simplest possible model that still captures important physics in each region of study. 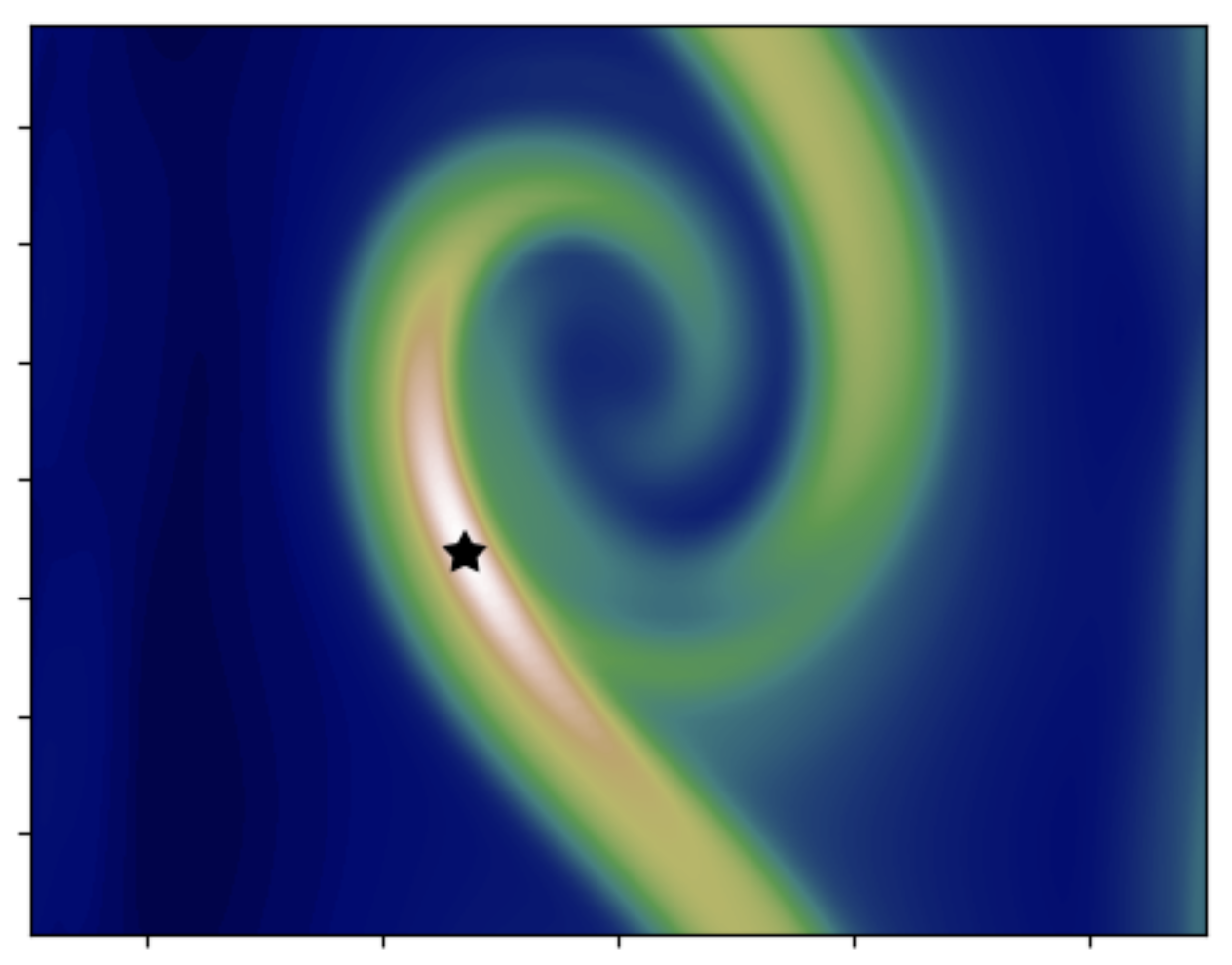 An image of a plasma flow with the black star indicating a region where a higher fidelity model is needed in comparison with the blue and yellow/green regions. Source: “Two-fluid and kinetic transport physics of Kelvin–Helmholtz instabilities in nonuniform low-beta plasmas” Physics of Plasmas 27, 102109 (2020).

Researchers will target higher resolution and higher fidelity models only where the local conditions require it, which will accelerate simulations and facilitate studying plasma systems in greater detail over a wide range of time and space. 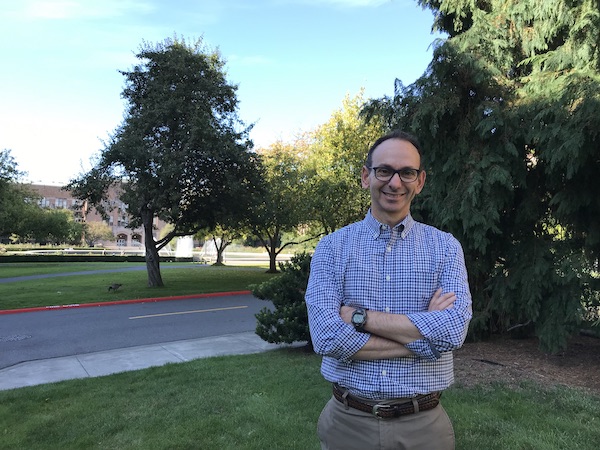 Says Shumlak, “Not only will we be able to do plasma simulations faster, but now simulations that we previously couldn’t do will become possible on devices from a laptop to a supercomputer. It opens up new possibilities of deeper understanding and development of plasma science and technologies.”

A&A Senior Research Scientist Chris Hansen in the HIT-SI Lab is teaming up with UW mechanical engineering professor Steve Brunton to leverage data-driven (machine learning) approaches to improve our ability to rapidly predict the behavior of magnetized plasmas by “discovering” simplified models for these systems directly from data and known physical laws, such as the conservation of energy.

Such simplified models may require only a few parameters to describe the important aspects of the system, compared to the many millions or billions required to resolve the entire system with conventional simulations.

Hansen explains, “One of the primary challenges to understanding and predicting plasmas is the huge range of scales involved. For example the evolution of a solar flare 60,000 miles across can depend on plasma dynamics on the scale of a few feet, about 10 million times smaller than the primary structure.”

Resolving this huge range of scales can often be out of reach with present technology and even approximations can require complex computer models run on massive supercomputers. He continues, “These new methods allow us to bypass a lot of extra information in the system and focus on what’s really important for a given problem.”

This project builds on work by Alan Kaptanoglu (UW Physics ‘21) 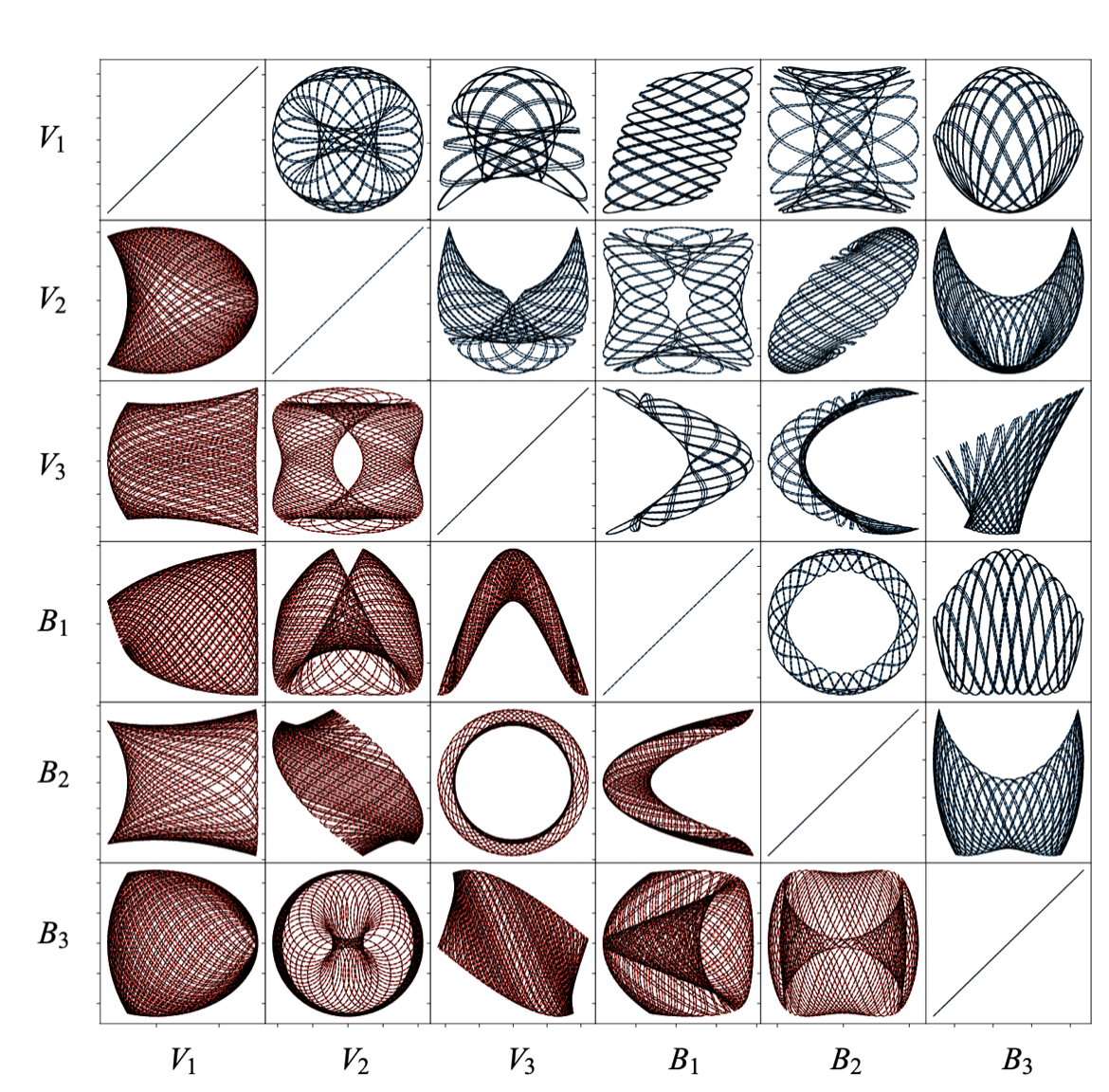 While the physics of plasmas are quite complex, machine learning can “discover” highly structured evolutions of plasma geometries. Source: Promoting global stability in data-driven models of quadratic nonlinear dynamics by Kaptanoglu, et al. 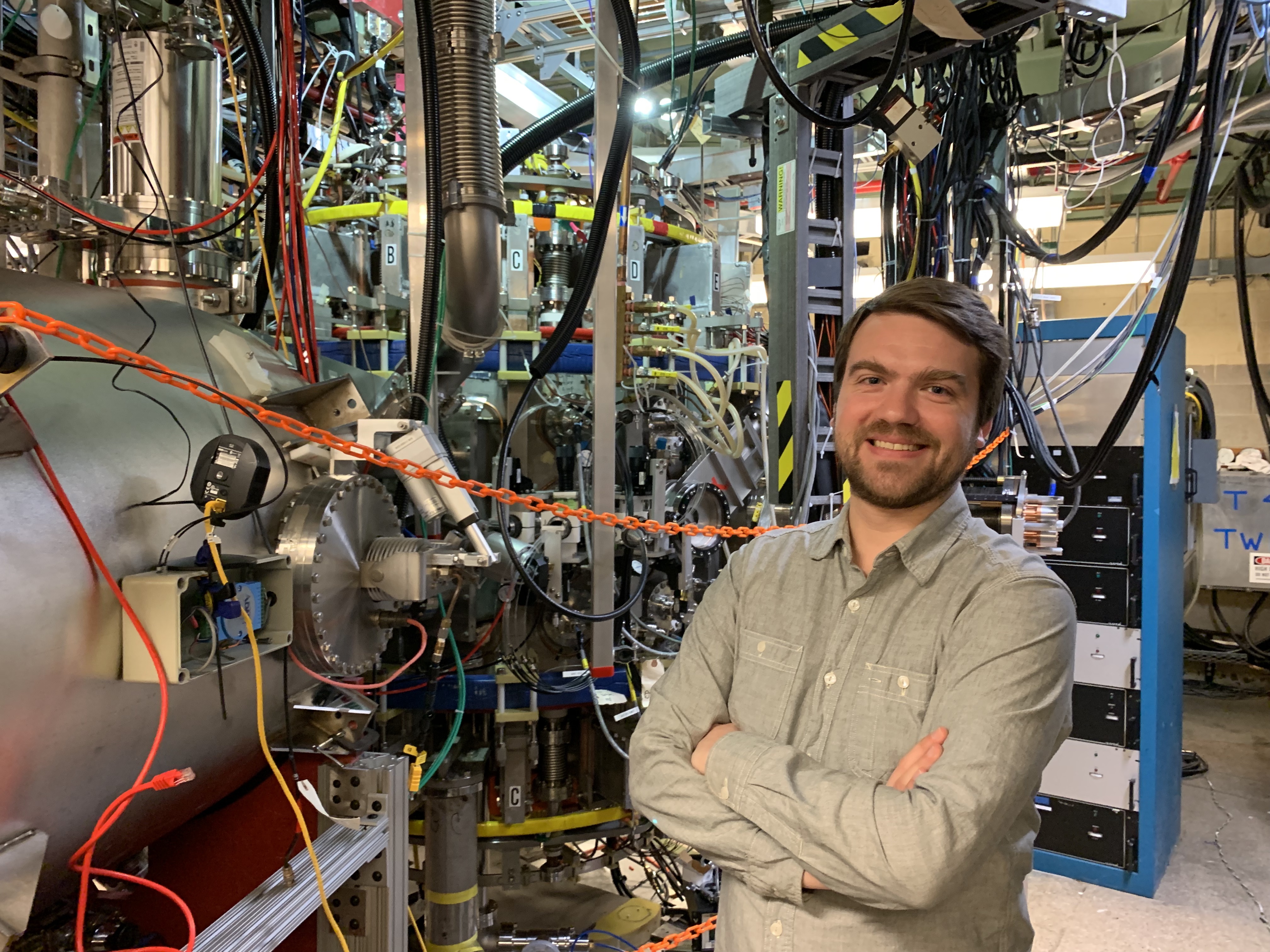 Chris Hansen with the HBT-EP Tokamak

A&A’s Chris Hansen is also leading a collaboration with Columbia University’s HBT-EP tokamak funded by the Department of Energy’s Office of Fusion Energy Sciences that will aid in designing future tokamaks, a leading concept for fusion energy, by understanding the flow of electrical current between the plasma and the wall during normal operations and unplanned shutdowns.

Fusion energy requires maintaining extremely high temperatures, over 100 million degrees Celsius, which requires the plasma fuel to be very well insulated from the walls of the reactor. A tokamak insulates fuel using magnetic fields produced by external electromagnets and a large electrical current, about 1 million times larger than a household outlet, driven in the fuel itself. Even very small fluctuations in the plasma can cause some of this current to flow to the walls, which can produce significant forces and impact the lifetime of the tokamak.

Chris Hansen comments, “This research will improve our ability to predict currents flowing between the plasma fuel and the surrounding walls by validating numerical models developed at the UW with experimental data from Columbia University. Our tools allow us to capture these complex 3D features with the level of fidelity required to advance the design and certification of fusion reactors based on the tokamak concept.”

This research is a collaboration between A&A’s Christopher Hansen and Jeffrey Levesque and the HBT-EP group in the Department of Applied Mathematics & Applied Physics at Columbia University.