The whole CubeSat process provides a fantastic opportunity for students to work on cutting edge technology while also applying the constraints of the real world. – A&A Professor Mehran Mesbahi 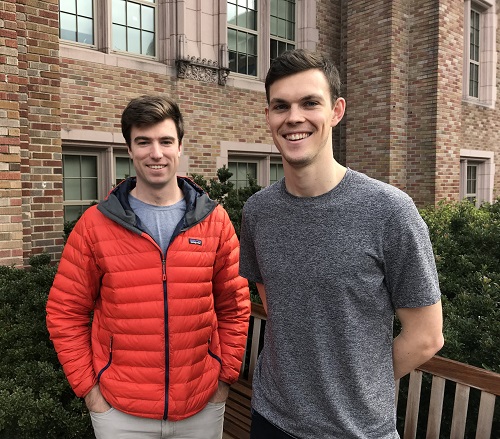 A major challenge of any astronautics program is that while theories and technologies are developed for space, there are limited opportunities to work and test in space. This challenge was not lost on Aeronautics & Astronautics (A&A) graduate students Charlie Kelly and Taylor Reynolds, who wanted to bring space within reach of students in the department.

Armed with a proposal and support from A&A’s administration and faculty, Kelly and Reynolds secured seed funding from the University of Washington College of Engineering and its A&A Department to establish the A&A CubeSat Team, with plans to launch a CubeSat every two years. The team has attracted support because of the opportunities to intersect with curriculum. Not only are team activities being included in Master’s theses and independent study, but the Aerojet Rocketdyne Foundation contributed generous funding to support the team’s first senior Capstone project this year.

CubeSats, tiny standardized satellites the size of a loaf of bread, have a unique advantage. As A&A Professor Mehran Mesbahi explains, “CubeSats are a means to launch research into space affordably. Working on them gives unique hands-on opportunities for students to get direct experience working with various spacecraft subsystems. In addition, the process of launching a CubeSat challenges students to consider design constraints that cross disciplinary boundaries for space systems.”

Kelly lays out the design planning for the CubeSats: “The chassis and control system for this first CubeSat will be developed in-house from scratch, so that the following ones can be remade with much less effort. Everything else this time will be purchased off the shelf – the power system, solar panels, radio, and computers. For the next mission, we will determine which of these will be developed in-house, most likely starting with the battery pack and power management system.” 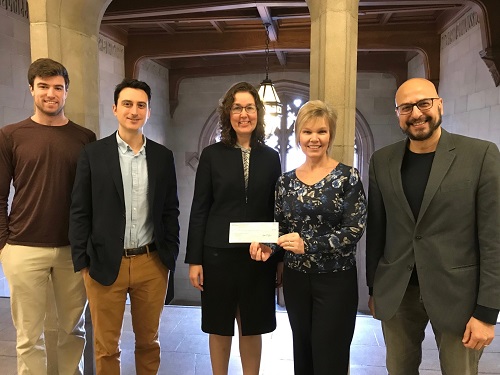 This first CubeSat, the Satellite for Optimal Control and Imaging, dubbed “SOC-i” with a nod toward the Pacific Northwest salmon, will have a specific mission to reconcile two constraints in its orientation and imaging systems.

As Reynolds explains, “As SOC-i travels in its orbit, our on-board software will autonomously rotate the satellite to point its camera for accurate imaging. To do so, one of our navigation sensors will need to face the sun at all times. In contrast, the on-board camera has the opposite constraint in that it must never face the sun, because that could damage the lens. One of SOC-i’s payloads is new software that ensures the satellite abides by these two constraints while executing the rotations for imaging.”

Reynolds continued, “This first mission comes out of research developed under A&A controls Professors Mesbahi and [Behcet] Acikmese, with the goal being that the satellite will compute these constrained maneuvers in real time, rather than having a predefined trajectory. So we’ll be able to send it a command for imaging in-flight, and SOC-i itself will calculate how to execute that command.”

The A&A CubeSat Team is exploring the strategy of building two identical copies of SOC-i. Kelly and Reynolds report that research has shown that it is ultimately cheaper and more secure to build two CubeSats simultaneously. Kelly explains, “One will be used as the main test platform, so if that one keeps working, then you launch that one. If something breaks, then you switch to the second one.” 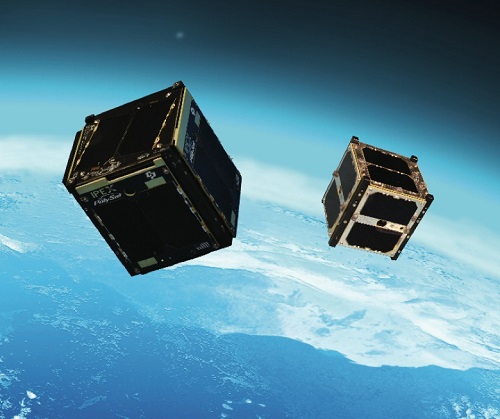 With its imaging and orientation capabilities, SOC-i will be a step toward comprehensive environmental monitoring. Mesbahi emphasizes the potential, “CubeSats, in particular clusters of them called ‘CubeSat Constellations,’ are a disruptive technology that dramatically reduces the cost for planetary data collection to monitor environmental and atmospheric conditions.”

The timeline for launching SOC-i into space depends upon when the team advances the CubeSat enough to apply for a ticket on a NASA rocket. Even with approval, there are several tests and requirements to pass, so launch could be a year from an accepted application. Current plans have SOC-i ready and applying for a ticket by Summer 2020, with its launch sometime in 2021.

As Mesbahi sums up, “The whole CubeSat process provides a fantastic opportunity for students to work on cutting edge technology while also applying the constraints of the real world.”