Update June 2019: Professor Jinkyu Yang has been selected as the Inaugural LSAMP Faculty of the Year for his A&A Australia leadership and his dedication in assisting historically underrepresented minority students in STEM at the UW. Professor Yang was honored for his mentorship of students both in and out of the classrooms and labs. Jacqueline Hernandez, Program Coordinator of LSAMP, emphasized that Yang is a mentor who gives his students time and attention and makes them feel worthy of their scientist identities.

Kyle Johnson with an Australian buddy.

Engineering students Kyle Johnson, Benny Olivas, and Vicente Arroyos never expected to study abroad. “I try to be as efficient as I can,” says Benny, “so I never thought I could take the time to study abroad while getting my degree or even afford it.”

That all changed when they connected with LSAMP (the Louis Stokes Alliance for Minority Participation) and learned about the Aeronautics and Astronautics (A&A) Australia summer program. Through LSAMP adviser Jacqueline Hernandez, who joined the students in Australia, they learned that UW Study Abroad offers scholarships through the Global Opportunities Fund. And many study abroad programs are geared specifically toward STEM students seeking hands-on experience in a global context.

Kyle, Benny, and Vicente chose the A&A Australia program because it offered the chance to take part in engineering research activities in a high-tech Australian lab and develop closer relationships with outstanding UW faculty, including A&A Professor JK Yang and his colleague Rajesh Chaunsali. They would also have the support of Cathryne Jordan, a veteran undergraduate adviser and advocate and co-leader of the A&A Australia program (she is also Director of the UW WiSE program).

Cathryne is an invaluable resource for first-time study abroad students. “The literature is there,” she explains. “Students of Color don’t necessarily get a conversation about study abroad at home or here on campus.” Together with Mike Engh, who leads UW College of Engineering efforts to give students opportunities to study and research abroad and prepare for a global engineering career, Cathryne is getting the message out there to students. “We’re trying to get study abroad into the engineering curriculum,” says Cathryne. And for students, “We talk about it, put it out there, and show them how to do it.”

“Study abroad is a really important opportunity for students in engineering and STEM majors to gain skills that they don’t get in their technical classroom courses,” says Mike. “Working and communicating with people from different backgrounds or navigating in unfamiliar situations -- those are important things for professional engineers to be able to do. Engineering students often don’t realize how important those skills are, so programs like A&A Australia give them the chance to develop those skills first-hand.”

Professor JK Yang and the power of interdisciplinary learning JK was a natural fit to lead the A&A Australia summer program. The program brought together STEM students from around the university to incorporate not only math, science and engineering, but also art, into research of materials and structures.

JK has long sought interdisciplinary influences in his engineering work. As a graduate student, he put himself on the waitlist every quarter for an art studio course. Since the art students were always given priority, it wasn’t until his third year in his doctoral program that he finally landed a spot.

He noticed something peculiar in the class as they were working on still life paintings: “Students with an art background would take a brush with a green paint and they would try to find any spot in the composition with green and they would paint those spots. But for me, I was painting a flower first and then an apple. I was going object-by-object, and my instructor was shocked because she never saw anyone paint that way.”

For JK, this experience made it clear that there are vastly different approaches in approaching challenges. His Laboratory for Materials and Structures (LEMS) produces structures with sought-after properties and are mesmerizing to view. He notes that he always has an eye toward the art world to inform his work on structures and materials.

JK himself also benefited tremendously from a study abroad program when he was an undergraduate student in Korea. He studied for a semester at the University of British Columbia, which he credits with steering him to pursue graduate studies in the U.S.

Combining efforts and learning from diversity

The students found that they all contributed valuable pieces to challenges, bringing their own unique background in STEM. Kyle, Benny, and Vicente all recalled a finite element method (FEM) analysis project that required them to exhibit the compression and tension forces acting on a given truss structure when a force is applied. While the electrical and computer engineering students understood coding in matlab, they relied on the aeronautics and astronautics and mechanical engineering students to explain to them what the structure was doing. Together they were able to translate physical phenomenon into code to create a final product that could measure the stresses on a system.

“When you’re explaining across disciplines, you can’t use your own familiar language. You have to explain reasoning more thoughtfully with people not used to our technical devices. And the HCDE students taught us about the importance of usability across disciplines when developing a product: You may make the most efficient and robust product, but if the user doesn’t know how to work it, you’ve failed,” Benny explains. The students and instructors spent a lot of time together throughout the program and they began to appreciate each other’s perspectives, not only on academic, but on personal levels. Benny noted, “The way we interacted played a bigger role in sharing. You start to understand everyone’s culture a little more and you might realize certain things, like various points of racism in society that we’re facing in our unique ways.”

Australia’s cultural attractions and legacy proved to be a point of reflection for many students. Kyle said, "You start to see the cultural differences. So as an African American, I saw the difference between how indigenous peoples in Australia were treated compared to how African Americans were treated in the U.S. We got to experience how their current cultural climate differs from ours, due to a similar but distinct history."

Kyle continues, "The indigenous peoples in Australia were discriminated against, dispossessed, and then massacred, but once multicultural laws were passed, there wasn’t as much racist propaganda against them. In the U.S. we had the Jim Crow era. Australia didn’t have that. There was no need to further suppress a population when there were already so few people left."

Benny was also deeply touched by learning the history of Aboriginal peoples: “You start to see a lot of similarities to what happened here in America, and it’s shocking the reach that this kind of colonialism had and what we as a human race did to each other.” After participating in the program, these engineering students have a clearer vision of the future directions they would like to pursue.

Vicente thought he would go straight to industry after getting his Bachelor’s degree. But now he is thinking about going into research. He learned of another LSAMP program called Bridge to Doctorate which helps underrepresented minorities pursue doctorates. He’s also thinking about career paths outside the country: “I feel like I can go anywhere. Study abroad makes me want to pursue more.... I learned to just go. Just do it.”

Before studying abroad, Kyle already knew he would be an engineer. But now, he has clarity that he wants to work on energy-conserving origami structures within robotic systems. He says, "You want to make sure all of the devices in a system are working harmoniously with each other, to ensure that the energy in the system is being used efficiently. That requires the merging of electrical and mechanical engineering with structural engineering, and more."

For Kyle, the experience taught him to seek out the possible resources that are out there.  "Once you get access to the tools that connect you to information, you can start to really narrow down what's possible. I can help others so much more now. I have gained so much insight into how to utilize these resources -- insight that I can share with other people."

Benny cites a similar awakening in engineering as a result of the program. “Dr. Yang helped us realize that there are many different engineering directions you can pursue. He has a degree in aerospace engineering, and he knows a lot about composites. I realize that as an electrical engineering student, that I can also pursue incorporating composites in my work, which now I know I would like to do.”

This program has JK coming full circle. As a young aerospace student, he chose to work on materials and structures within the discipline because he was inspired by a composites professor. He has now paid it forward to his own students, who have been introduced to and are beginning to pursue the specialties and paths he introduced to them.

For Vicente, spending time with his professors abroad was transformative. “It was hands-on engineering. We had more time. We had a lot more one-on-one time with Dr. Yang and Rajesh – they both were there consistently and you knew them, so it wasn’t hard to ask questions. They were there when you needed them. You don’t have all the time to learn in a regular session at school. So this time we could learn the concept and then be able to apply it and view and test the results.”

This study abroad program was partially supported by the UW Global Innovation Fund, and one of the participating students was supported by the National Science Foundation's Research Experiences for Undergraduates. 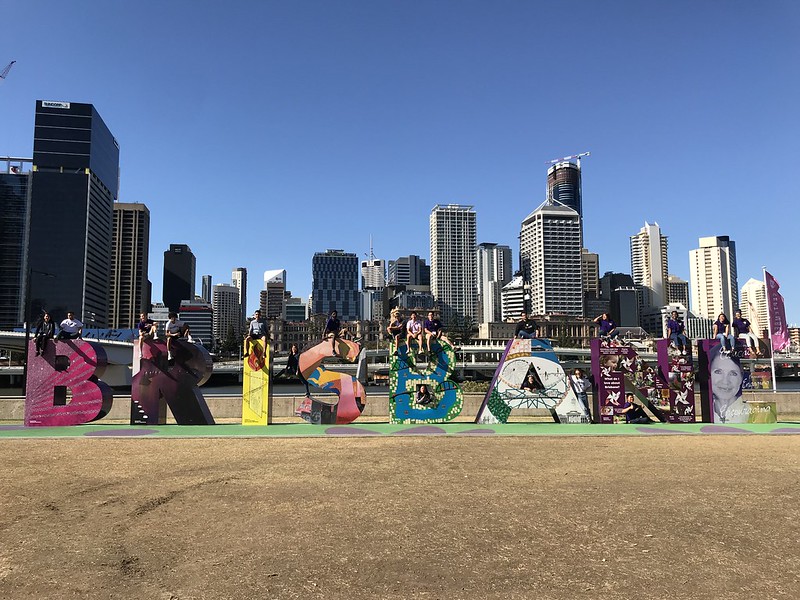 View photos from the program.

Check out a video of the students' experience.