Waas elected to the Washington State Academy of Sciences 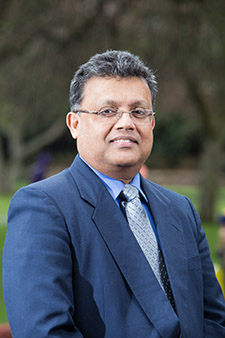 Congratulations to A&A Professor and Chair Anthony Waas who has been elected to the Washington State Academy of Sciences in recognition of his outstanding record of scientific achievement and willingness to work on behalf of the Academy in bringing the best available science to bear on issues within the state of Washington. Professor Waas is a groundbreaking researcher in the field of aerospace engineering structures and materials. He served as the only academic consultant for Boeing's 787 Dreamliner site-of body team. He will be inducted into the WSAS during the tenth annual meeting at the Seattle Museum of Flight on September 14, 2017.