Detonation is shock-induced combustion, which is intrinsically more efficient than slower burning deflagration. One of the most promising detonation engines is the continuous rotating detonation engine (CRDE) , where fuel is burned by transverse shock waves spinning in an annulus. The high pressure behind the shock drives the shock to spin and at the same time forces the burned gas to exhaust at high speed. The shock also acts as a ‘bladeless’ compressor. The CRDE is a pressure gain combustor, which also contribute to produce thrust.

This video details many of the spatio-temporal dynamics exhibited in rotating detonation rocket engines (RDEs), including combustion front interactions that behave like solitons. A complete bifurcation analysis of the dynamics is performed showing that our multi scale, dynamical model captures all the salient features of the combustion dynamics.

Spinning detonation is a phenomenon where a detonation-front induced by a shock spins spontaneously in a tube. Since this is a limit of detonation, it is an area of crucial importance for safety and security.

Spinning detonation is closely related to continuous detonation. The only major difference is that in spinning detonation a plane shock propagating axial coexists with transverse shocks. Numerical simulations conducted at ENSMA have been investigated from gas dynamic point of view. The results revealed that the flow reverses its swirl Flow Reversal in Spinning Detonation, which involves important implications related to thrust generation. 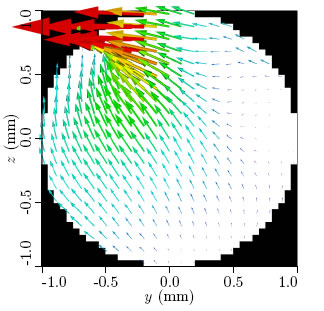 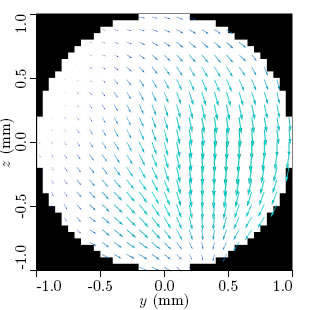 A theoretical model for spinning detonation has also been constructed, by which the mechanism of spin has been pinned down as the coupling between the reaction and acoustic waves.

One of the current interests in the hypersonic propulsion system is the detonation engines which offer significant advantage in cycle efficiency. Past development in detonation engines has mainly focused on pulsed detonation engines (PDE), where intermittent 1-D combustion across a shock propagating in a tube is made feasible by complicated valving arrangement. Continuous detonation engines (CDE) have marked advantage over PDE in that combustion occurs across a shock wave spinning continuously along the circumference of the tube, thus eliminating valves. In addition, CDE can replace high pressure compressor stages. CDE is envisioned to be used between Mach 2 and 4+, filling a gap between gas turbine engine and scramjet. Both theoretical and experimental investigations are being carried out by Mitsuru Kurosaka and Carl Knowlen.