Plasma is the 4th state of matter. It is an energetic, ionized gas that exhibits collective behavior. Over 99% of visible matter in the universe is plasma. Stars, nebulae, accretion disks, and even the space between galaxies and stars are examples of extraterrestrial plasmas. Planets, such as Earth, are one of the few places that aren’t mostly plasma. Plasmas that occur naturally on Earth include lightning and the northern lights. To harness energy from fusion, gas needs to be heated to a very energetic state (plasma) and confined. Our research investigates the fundamental dynamics of a magnetically confined plasmas in the laboratory. The figure below plots the temperature and density of a range of plasmas. 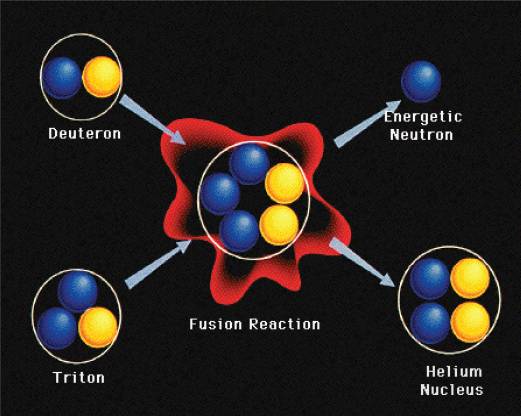 Fusion is the process of combining two nuclei together and is the reaction that drives the sun. When two nuclei of elements with atomic numbers less than iron are fused energy is released. The release of energy is due to a slight difference in mass between the reactions and products governed by, DE = Dmc2. Fusion is the opposite process of fission—current nuclear power plants generate energy through fission —where elements with atomic numbers larger than iron are broken apart to produce energy.

Fusion potentially creates much less radioactive waste than fission with a nearly limitless supply of fuel. Fusion reactions are also sub-critical, meaning there isn’t the chance of a runaway reaction such as can occur in fission reactions.

To achieve conditions with high enough temperatures and densities for fusion, the plasma needs to be confined. Magnetic confinement keeps plasmas away from material walls because charged particles (electrons and ions) tend to follow magnetic field lines. There are several devices exploring the possibility of magnetic confinement for fusion in addition to the spheromak including: tokamaks, stellarators, reversed-field pinches (RFP), field-reversed configurations (FRC) and z-pinches.